About Michael A. Howard

Mr. Howard has extensive experience in managing complex projects on behalf of institutional and public sector clients. He concentrates his practice on lending and corporate matters, as well as the representation of public authorities.

Mr. Howard is a member of the Monroe County, New York State, and American Bar Associations.

Admitted to the practice of law in New York in 1980, Mr. Howard began his career in the real estate area where he represented a broad spectrum of clients, ranging from individuals to large institutional lenders in a variety of real estate based transactions. Representative clients include commercial banks, credit unions, and mortgage bankers. Mr. Howard also served as lead contact in the formation of the Rochester District Heating Cooperative, Inc., the first public/private steam cooperative in New York state, which acquired and upgraded Rochester’s downtown steam system.

Mr. Howard’s experience with environmental matters began in 1985, when he assisted with the Firm’s representation of first, the Western Finger Lakes Solid Waste management Authority, a multi-county authority in upstate New York and then, the Wayne County Water and Sewer Authority. Mr. Howard also had principal responsibility for procurement issues in connection with Tompkins County’s development of an integrated transfer station and recycling center.

Previously admitted in the District of Columbia, Mr. Howard acted as special legal counsel to the U.S. Conference of Mayors based in Washington, D.C., in connection with its National Office Paper Recycling Project. Mr. Howard has also acted as special counsel to the National Association of Counties in Washington, D.C., in connection with its initiative to develop of a special environmental project focusing on waste minimization and recycling.

Mr. Howard also acted as special counsel to Continental Industrial Capital, LLC, the company that acquired the Rochester Technology Park (formerly the Elmgrove site) – one of the largest industrial sites in New York State – from the Eastman Kodak Company.

Mr. Howard assisted with local real estate and utility matters in connection with the 2007 spin-off of Kodak’s Health Group to Onex Healthcare Holdings, Inc. and continues to assist Carestream Health, Inc. with such matters. As counsel to the Xerox Federal Credit Union, Mr. Howard was instrumental in assisting the credit union to accomplish the first fully electronic mortgage closing in New York State.

Currently, Mr. Howard acts as outside corporate counsel to the Rochester District Heating Cooperative, Inc. and the Wayne County Water and Sewer Authority. 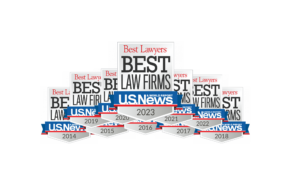 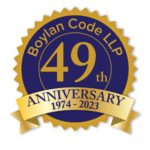 This website, or any email correspondence sent by you to us, does not create or constitute a lawyer-client relationship. Please do not send us information which you consider confidential regarding any legal matter until a relationship is formally established, including determining whether we have a conflict of interest.