THE END OF THE TURTLES’ TRAVELS: MUSIC MODERNIZATION 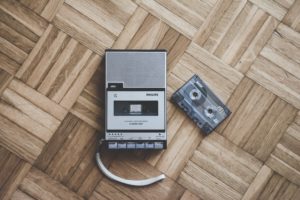 Leatherback turtles spend their lives in the ocean and migrate thousands of miles to lay their eggs, returning to their place of birth.  Like their namesake, the peripatetic Mark Volman and Howard Kaylan (a/k/a “Flo and Eddie”), former front men for the 1960’s musical group, The Turtles, migrated thousands of miles to coastal states, commencing lawsuits in Florida (they lost), in New York (they lost) and in California (they won then settled) in search of a golden egg.   And last fall Congress (Washington, DC) rewarded them (and all other recording artists) with a law codifying under federal law something that Flo and Eddie fought to establish under state law with inconsistent results.  We wrote about Flo and Eddie in this column in 2017; now their journey is nearing its end.  A recap is in order.

Prior to 1972, sound recordings were not protected by federal copyright law but, instead, owners of sound recordings were required to rely on a patchwork of state anti-piracy and copyright laws to protect their recordings.  Congress eventually brought sound recordings under the umbrella of copyright protection, but changes in federal copyright law only covered recordings prospectively.  Recordings released prior to February 15, 1972 remained adrift, unprotected by federal law.  That meant all original Beatles recordings and recordings made by Elvis before he discovered bedazzled jumpsuits with spiked collars still were not protected by federal copyright law.  Further, although copyright law granted to a copyright holder the right to perform a song publicly, the songwriter, not the artist performing on the recording, was compensated for a public performance of the song.  To partially right this wrong, in 1995 Congress passed the Digital Sound Recordings Act, granting owners of sound recordings and artists an exclusive right to perform their songs “by digital audio transmission.” That meant the record companies and the performing artists now would be compensated for having their performances played digitally, but still would not be paid for having their song played on traditional radio. Ponder that for a moment:  Many famous artists who do not—or did not—write most of the songs they perform (e.g., Frank Sinatra, Elvis Presley, Barbara Streisand, etc.) and band members who were not the principal songwriters of their groups (e.g., Ringo Starr, Charlie Watts, the Heartbreakers, Levon Helm) would finally be compensated, albeit only for sound recordings performed via digital transmission—or so we thought.

Unhappy to pay royalties for something from which their terrestrial radio counterparts were exempt, digital broadcasters such as Pandora, Spotify and Sirius XM took the position that digital broadcasters had to pay public performance licensing fees only for recordings protected under federal copyright law—i.e., recordings made after February 14, 1972.  The prime of Flo and Eddie’s work with The Turtles having been produced in the 1960s, they reaped no sound recording public performance royalties from having their records broadcast digitally.  Being ever industrious, Flo and Eddie commenced litigation in Florida, New York and California, claiming state law afforded their sound recordings protection from public performance without their permission.    As we reported in this column in 2017, Flo and Eddie lost in New York and, after the article was published, they lost their appeal in Florida.  In California, however, their case was certified as a class action, they won and later settled reportedly for over $35 million.  (The attorneys, however, reportedly took 30 percent of the settlement, Flo and Eddie were guaranteed $25,000 each plus participation in the proceeds of the class, which encompassed “owners of sound recordings fixed prior to February 15, 1972 which have been reproduced, performed, distributed, or otherwise exploited by . . .Sirius XM in California without a license or authorization to do so during the period August 21, 2009 to present.”

Flo and Eddie’s saga, however, continues against Pandora (Flo & Eddie, Inc. v Pandora Media, Inc.) in which action U. S. Court of Appeals for the Ninth Circuit has certified to the California Supreme Court two questions: “1. Under . . .California Civil Code, do copyright owners of pre-1972 sound recordings that were sold to the public before 1982 possess an exclusive right of public performance? 2. If not, does California’s common Law of property or tort otherwise grant copyright owners of pre-1972 sound recordings an exclusive right of public performance?” Flo and Eddie’s action against Pandora was certified prior to the October 18, 2018 enactment of the federal Music Modernization Act (“MMA”), which would have addressed the issue presented, so their case in the Ninth Circuit continues.

The MMA passed by Congress last year, is a combination of three separate laws addressing deficiencies and clarifying uncertainties that existed in federal copyright.  As it relates to Flo and Eddie’s fight, the MMA brings pre-1972 sound recordings into the fold of federal copyright protection for the first time ever, so now your old Nat King Cole, Doris Day and Buddy Holly records, among many others, are deemed protected by federal copyright law.

As much as it cured some ills under federal copyright law, the MMA still failed to grant public performance royalties for sound recordings broadcast on terrestrial radio.  The Fair Play Fair Pay Act, originally a fourth leg of the MMA, was removed from the MMA before it was enacted, so when you hear Bing Crosby and many other artists crooning “White Christmas” a hundred times a day next Christmas season, you can rest assured that Irving Berlin’s estate and music publisher will be collecting 100% of the public performances for the song and that the performers and their record companies still will be receiving nothing.  At this point in time the United States stands nearly alone among industrialized nations, with no fewer than 75 countries—including most of Europe, and countries such as the Dominican Republic, Lithuania and Nigeria—requiring payment of a public performance royalty for sound recordings publicly performed in all media.  Part of US copyright law, therefore, remains firmly rooted in the late 19th Century, so calling the new law the Music Modernization Act perhaps was too self-aggrandizing.  With this wrong remaining to be righted, it may be premature for Flo and Eddie to put away their wandering shoes.  Their journey is not over.  They have miles to go before they sleep, to fight for fairness, justice and the Nigerian way.

Mark Costello is a partner with Boylan Code LLP who long ago stopped singing in the shower when neighbors and their dogs complained.

This article was published in The Daily Record.